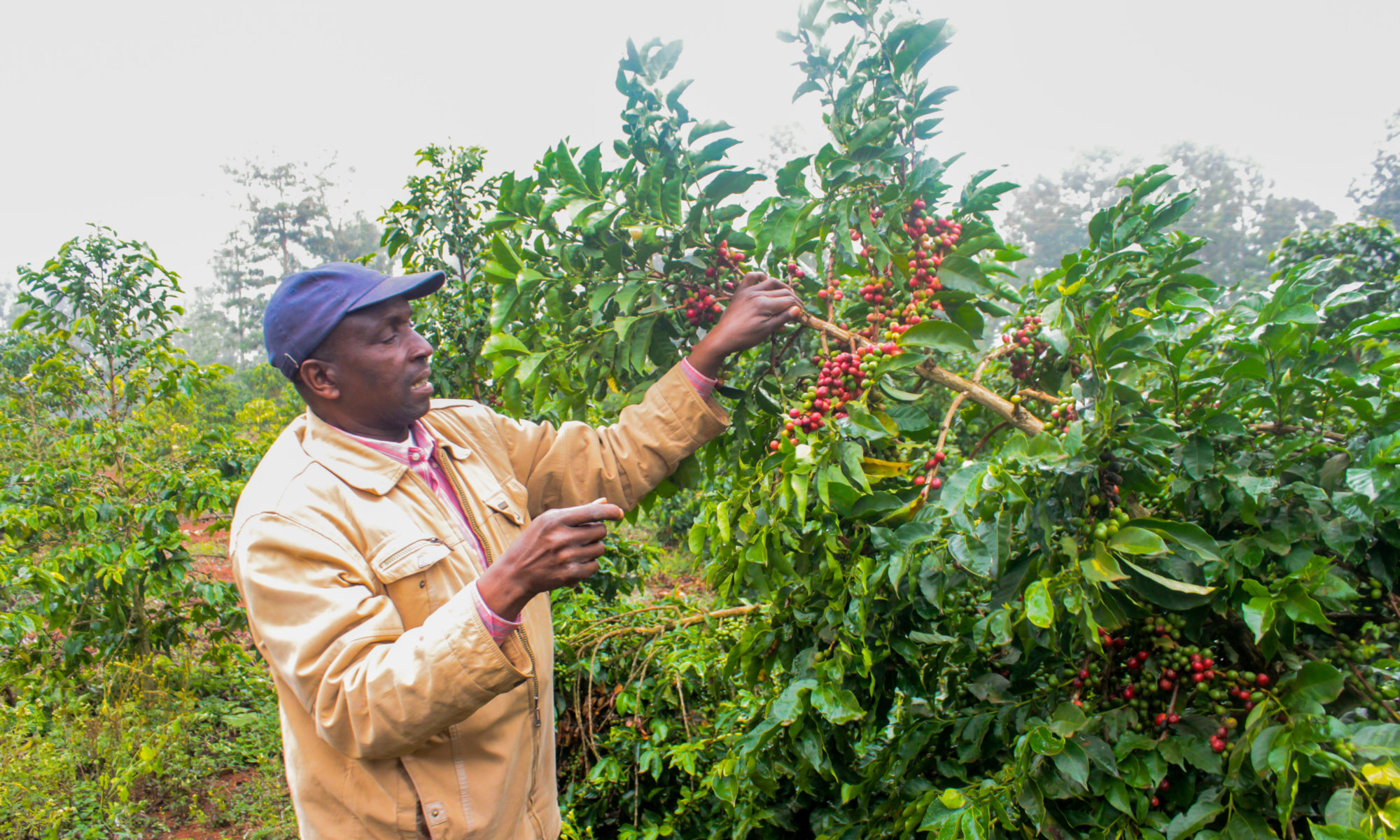 With over 400 billion cups of coffee thought to be consumed every year, coffee is one of the world’s most popular drinks. But is it really beneficial? Coffee is increasingly earning scientists’ approval. Studies continue to suggest that the beverage may have some beneficial effects on health.A cup of coffee in the morning may provide more than just an energy boost.Coffee can be pretty amazing for your brain, your skin and your body. Read on to discover why you should wake up and smell the coffee!

Physical performance and endurance is one of the benefits of drinking coffee. A 2009 study published in Sports Medicine shows that coffee increases alertness, improves mental and physical performance in the short run. Coffee allows one to train at a greater speed, power output and train longer. Having a cup of black coffee about an hour before workout will improve your performance by more than 10%. Caffeine increasesadrenaline levels in your blood, which helps your body to prepare for physical exertion.

Caffeine can give a nice boost to endurance and athletic ability. Anyone who works out strenuously is familiar with the aches and pain associated with sore muscles. The Journal of Applied Physiology concluded that trainers that consumed caffeine had a whopping 65% more glycogen which is essential for proper muscle functionality so increasing these levels will help muscles work better and recover much faster. Caffeine is ideal for athletes that work out often and need aide in reducing fatigue and inflammation.

Another study found that ingestion of a moderately high caffeine dose before exercise increases post-exercise energy expenditure or the so-called “afterburn effect.” Two cups of coffee can cut post-workout muscle pain by up to 48%.

One of the biggest benefits of drinking coffee is it contains massive amounts of antioxidants. Today, we’re exposed to large levels of toxicity, from tap water toxicitytoair pollutionand so many more. Antioxidants fight this toxicity and can really help to slow the aging process. They can also help protect yourself against free radical damage. Coffee is one of the five highest foods in antioxidantsin the world today. Research shows coffee might even contain more polyphenol antioxidantsthan cocoa, green tea, black tea and herbal tea. Coffee supplies as much as 70% of the total amount of important antioxidants in many people’s diets. According to a study, nothing else comes close to providing as many antioxidants as coffee. While fruits and vegetables also have tons of antioxidants, the human body seems to absorb the most from coffee.

Antioxidants play a major role in keeping us healthy and protects our cells from damage. It is also essential in curbing inflammation within the body, which eases the symptoms of many chronic conditions, such as joint pain and arthritis.

Caffeine decreases insulin sensitivity and impairs glucose tolerance, therefore reducesone’s risk of type II diabetes. A study from The American Chemical Society found thatpeople who drink four or more cups of coffee a day reduce their chances of developing Type II diabetes by 50%.Subsequently, with every additional cup, the risk gets lowered by 7%.

Coffee has been shown to increase blood flow to the brain, which supports cognitive function. In addition, coffee and caffeine consumption works as an Alzheimer’s natural treatmentsince high caffeine levels in the blood reduce the risk of the disease. Moderate coffee consumption doesn’t completely protect people from Alzheimer’s disease, but it can appreciably reduce the risk of Alzheimer’s or delay its onset. Coffee also lowers risk of dementia.

Caffeine stimulates the central nervous system and boosts production of neurotransmitterslike serotonin, dopamine, and noradrenaline, which elevate your mood. Just smelling coffee could make you less stressed! A study done by the National Institute of Healthfound that those who drink four or more cups of coffee were about 10% less likely to be depressed, not because of caffeine but because of those trusty antioxidants.

Not only does consuming coffee every day reduce cancer in the liver, it also protects it from many forms of damage. Most notably cirrhosis due to over consumption of alcohol. Researchers found an inverse link between those who drank coffee daily and lower levels of harmful enzymes in the liver. But coffee is not a viable solution to alcoholism, nor should it be used to as some sort of crutch to support that habit.

One study has shown that coffee may decrease the risk of developing prostate cancer in men by 20 %, and endometrial cancer in women by 25 %. People in the test group drank four cups of coffee a day. Caffeine may also prevent developing of basal cell carcinoma, the most common type of skin cancer.Another study showed that women who drank a minimum of three cups of coffee a day reduced their risk of endometrial cancer by up to 25% while male coffee lovers lowered their risk for prostate cancer. Additionally, scientists have discovered coffee drinkers had a lower rate of developing rectal, breast, liver, and colon cancer, as well.

Coffee is loaded with many beneficial antioxidants that battles inflammation, the very same that can cause arterial damage. A research conducted in the discovered that drinking a safe, moderate amount of coffee routinely, had up to 25% less risk for heart disease compared to non-coffee drinkers. Also, routine coffee lovers were 20% less likely to have abnormal heart palpitations. Another study conducted in Brazil found that those that consume at least three cups of coffee a day tend to develop less calcification in their coronary arteries.

Studieshave shown that regular coffee drinking decreases risk of Parkinson’s disease by 25 %. There’s evidence that coffee causes activity in the part of the brain affected by Parkinson’s. ScienceDaily reported that drinking coffee may help people with Parkinson’s disease control their movement. The study author, Ronald Postuma, MD, said, “People who use caffeine are less likely to develop Parkinson’s disease, but this is one of the first studies in humans to show that caffeine can help with movement symptoms for people who already have the disease.”

Moderate caffeine intake helpsyou focus and improves your mental alertness. It is reported that coffee allows your brain to work in a much more efficient and smarter way. TIME reporter Michael Lemonick said, “When you take caffeine, pretty much anything you measure will improve: reaction time, vigilance, attention, logical reasoning: most of the complex functions associated with intelligence.”

Caffeine has been confirmed to boost short-term memory. Researchers measured brain activity with the aid of MRI, which would show an increase in reaction time and heightened sense of cognition. Test subjects clearly showed improvement in certain areas of the brain in charge of concentration and information retention.

Studieshave shown that coffee drinker’s overall risk of premature death is 25% lower than of those who don’t drink coffee. Coffee consumption has been linked to lower levels of suicide.A study done by the Harvard School of Public Healthdetermined that drinking between two and four cups of coffee can reduce the risk of suicide in men and women by about 50 percent. The proposed reason is because coffee acts as a mild antidepressant by aiding in the production of neurotransmitterslike serotonin, dopamine and noradrenaline Reasonable consumption of coffee is also associatedwith lower risk of stroke.

Coffee containsmagnesium and potassium, which helps the human body use insulin, regulating blood sugar levels and reducing your craving for sugary treats and snacks.Regular black coffee without milk or cream has a very low-calorie count. A typical cup of black coffee only contains around 2 calories.Caffeine also helpsfat cells break down body fat and use it as fuel for physical activity.

It’s true, men that ingested at least 250mg of caffeine per day had much higher volume of semen, compared to men who abstained from caffeine. They also experienced less cellular damage to DNA within sperm. Another awesome benefit for male coffee addicts is a much lower risk of having or developing erectile dysfunction. Even in-taking a paltry 90 mg of caffeine a day showed reduction in risk, so drink up for your sex life!

A study published in the European Journal of Nutrition showed that coffee drinkers have DNA with stronger integrity since the white blood cells of coffee drinkers had far less instance of spontaneous DNA strand breakage.

The importance of caffeine consumption in moderation cannot be overstated. We should all keep in mind that caffeine is a drug, as it is a mild stimulant. Although there are proven health benefits associated with drinking coffee, the drawback and risks should not be overlooked. The truly great news is that there’s more reasons to enjoy coffee, rather then abstaining from it. This is a beverage that should be enjoyed in moderation of 2-3 cups a day to gain the most benefits, with less risk in building a dependency on caffeine within it.

So what’s the moral of the story?

WAKE UP AND SMELL THE COFFEE!!!

this space for more….